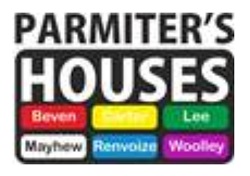 The House System has a long and proud tradition at Parmiter’s.  All staff and students are part of one of our six Houses; Beven, Carter, Lee, Mayhew, Renvoize or Woolley, each named after benefactors or Old Parmiteraians.  Sixth Form students are appointed as House Captains, supported by members of staff.

Chairman of Parmiter's Foundation from 1886-1911, Thomas Beven gave unstintingly of his time for a quarter of a century and performed the opening ceremony of the new school in Approach Road in 1887.

Named after Elizabeth Carter who gave a site for the Parmiter's Almshouses and School in 1723 and bequeathed income from property in Bethnal Green for the benefit of the Charity.

Named after William Lee, the first Treasurer of Parmiter's Charity, who at his death in 1710 left a large sum of money towards the building of a School-room in Bethnal Green, in addition to smaller sums intended to benefit the education of poor boys.

Edward Mayhew's generosity enabled the Charity to purchase land at Cambridge Heath, and at his death in 1724 he left to the Foundation income from further property in Bethnal Green.

Under the terms of his Will, Peter Renvoize bequeathed a substantial sum to the Foundation on his death in 1842 and hoped "that the trustees and their successors will not object to keep my family vault in Bethnal Green church yard and the tomb thereof always in good repair and condition".

An Old boy of the School, G.H.Woolley was a Second Lieutenant in the 9th Battalion of the London Regiment (Territorial Force) who was awarded the Victoria Cross for bravery in April 1915.